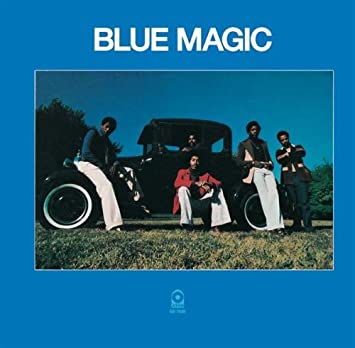 Blue Magic is an R&B/soul band who created and released most of its music in the 1970s. The band was formed in Philadelphia and was signed to Atco in 1973. The original members are Ted Mills, Vernon Sawyer, Wendell Sawyer, Keith Beaton and Richard Pratt. The group specializes in ballads that are romantic at times and socially conscious at others. They also had a strong stage presence like many other acts during the popularity of soul music, especially before disco.

While several of the band’s other works made it to the R&B charts, their biggest success was “Sideshow.” The song was originally released in April 1974; it became a top 10 hit on the R&B charts and was a gold record.

Several of their songs use the concept of a circus as a visual concept throughout the music. These tracks can give music listeners delightful songs to hear that may also carry important messages. “Sideshow” is the perfect example of how to write, record and perform a song that people can feel in their hearts and minds.

The overarching image of “Sideshow” is the typical visualization of a circus. The song lyrics establish characters and explores their expressions regarding living in such a world. Music listeners can invest their time and energy in learning about the characters and how they exist in life. The usual images regarding theatrical locations are that those whom are apart of these worlds do not have the challenges that other people have in the real world. Many people believe that entertainers live a glamourous life. “Sideshow” reverses this stereotype and shows the character’s intentions and emotions. When the characters are juxtaposed against people you find in real life, music listeners may discover that they have more in common than they thought.

The track establishes the circus quality in the beginning through an arrangement of drums, piano notes, and a horn section. This underscores the creation of the first character who states: “Hurry, hurry step right up. See the sideshow in town for only fifty cents.” In “Sideshow” the lyrics make it clear that people going through a difficult time are sometimes put on display for others to judge their misery. When you think of the athletes, magicians and animals that are a part of a circus, you begin to empathize with them because it’s easy to see that everything that glitters is not gold for them. It’s their lives and professions that the world sees during performance, and the misery that takes place when the lights are out. The lyrics “stand in line, get your tickets, I hope you will attend” suggests that many people view the exploitation as an act of entertainment. “It’ll only cost you fifty cents to see, what life has done to those like you and me” establishes that the band is apart of the showcase both theoretically in the song and practically throughout their careers.

The second character is a man experiencing overwhelming sadness. During the song writing process they could have selected any character of their choosing. Rather than creating a character that is experiencing something with extreme severity, they simply chose to assert a sad man. This character is universally relatable. Everyone goes through sadness at some point in their lives. While the people in the audience (within the context of the circus depicted in the song) may be able to afford opportunities to dimmish their sadness, the performers at the circus have no outlet to express these emotions. They keep them bottled inside. The sad man is a simple concept, but it represents all people especially those who have few opportunities to break from the emotional aspects of deep sadness.

The third character is a girl “who has lost the only love she ever had.” She is heartbroken and torn to pieces. She is in an intense emotional state and fragile at the same time. Music listeners can relate to this character as well because everybody’s had their heartbroken in some kind of way, be it romantic, based in friendship or family or in some other fashion.

“There’s got to be no sadder show to see, no doubt about it satisfaction’s guaranteed” suggests that some people enjoy seeing others suffer. Life is difficult in this way. Everyone in life cannot be trusted. Sometimes the lines are blurred and it is hard to see when someone is benefiting in some way from your misfortune. The feelings lead to bad communication, relationships, war and hunger. The world could physically become a better and more unified place if people would commit to not taking advantage of others, especially those who may be having a difficult time managing themselves.

The chorus suggests that the show is “guaranteed to make you cry.” It is significant to point out that these are not tears of joy and happiness. The attendees may feel something emotional based on what takes place in the show, but after the final curtain call they have the opportunity to wipe away their tears and get back to their lives. Sometimes people can not stop their tears whether the spotlight is one them or not. The tears of the attendees are juxtaposed by those from the fourth character (starting in verse two), who is the man that has been crying for a million years. This man is going to experience his tears falling, seemingly for the rest of his days. He is the perfect example of someone who has to deal with challenges both on and off stage, and cannot find ways to improve his emotional state.

“See the girl who’s collected broken hearts for souvenirs” is the fifth character and one of the most striking images in song. Everyone at the sideshow has a broken heart in some way, imagine a girl who is trying to bring hope to herself and the others by doing the only constructive thing she can do at the moment, which is collect broken hearts. The lyrics suggests that she is collecting them as souvenirs, perhaps as items that can be put on display. However, the image here is a double-edge sword. While on one hand it can be interpreted that she is doing something positive for the other people in the show, it can also be interpreted that the more hearts that she collects the more misery she feels herself. Being on this never-ending quest to collect hearts is highly unlikely to cure here own breaking heart.

“It’s more exciting than a one-man band,” suggests that the sideshow is a grand spectacle and those attending with ill intentions will have a plethora of acts to see and exploit their sadness. A one-man band couldn’t possibly deliver the amount of misery that is on display during the sideshow.

“Sideshow” is one of the gems found in the R&B/soul genre. It has strong instrumentation and lyrics that are both captivating and enlightening. The song functions like a mirror, it depicts the reflection of life and how difficult it can be to come to terms with it when society is constantly applying pressure.

I am the editor of Arts Tribue, an arts critic, tech writer,cybersecurity professional and health advocate. Cybersecurity blog: https://medium.com/@Dominic.Ricahrdson01